Analyses of osteological non-metric traits and frontal sinuses in the noble Sporck and Swéerts-Sporck families have already shown that the degree of similarity between individuals reflects their documented family relationships. The aim of this study was to verify whether these are also reflected by cranial dimensions, the variability of which, according to some previous studies, is also influenced by genetic factors. The sample comprises eight adult individuals from the 17th – 20th centuries, in whom 36 cranial dimensions were measured. To remove the possible effect of sexual dimorphism on the similarity of individuals, 26 indices of the evaluated dimensions were calculated, and all measured dimensions were adjusted to size. The degree of similarity between individuals was calculated based on all three datasets. In all cases, a positive relationship between the degree of relatedness and biodistance was evident, even in the unadjusted measured dimensions, despite their significant sexual dimorphism. In addition, there was a greater degree of similarity between biologically related compared to unrelated individuals in all three datasets. This suggests that genetics could affect craniometric traits regardless of sex, although the possible influence of other factors on the results is also discussed.
Abstract

Intersexual differences and influence of the age factor on the facial soft tissue thickness in the Slovak population
Mária Matláková, Radoslav Beňuš


Facial soft tissue thickness (FSTT) data is currently widely used in forensic science as well as in medicine. The aim of this article is to analyse the effect of age and sex on FSTT in the horizontal measurement position. FSTT was measured by ultrasound at 17 anthropometric landmarks in 121 participants from Slovakia. The data was obtained as a part of the research “Measurement of the facial soft tissues thickness in the Slovak population for the needs of facial reconstruction from the skull”. Intersexual differences in FSTT were significant in five measured anthropometric landmarks, especially in the areas of eyes, mouth and cheeks. In the female age categories, there were statistically significant differences in 12 anthropometric landmarks in the areas of forehead, eyes, mouth, cheeks and chin. There were fewer significant age differences in males than in females. Statistically significant differences of FSTT in males were in seven landmarks, in the areas of forehead, mouth and cheeks.
Abstrakt


SNP polymorphisms in the SLC25A24 gene are considered to be important in the regulation of body fat and association with BMI. The aim of the study was to determine the association of the rs519219 polymorphism in the SCL25A24 gene with BMI and BMD parameters that play a key role in the etiology of osteoporosis. The studies sample consists of 81 Slovak postmenopausal women; 43 with osteoporosis, 23 with osteopenia and 15 as a control group. Genotype analysis of the rs519219 polymorphism was performed by Real-Time PCR. We observed statistically significant differences in mean values of body height, BMI, BMD hip and BMD lumbar spine in studied groups. No significant differences were recorded in the allele and genotype frequencies. We did not find an association between the SNP polymorphism rs519129 in the SLC25A24 gene and BMI and BMD levels, and therefore we cannot consider rs519129 as a risk factor in our studied groups of Slovak postmenopausal women.
Abstract


Atrial fibrillation (AF) is a highly heterogeneous heart rhythm condition with a negative socio-economic impact. Atrial fibrillation is a specific arrhythmia with several forms and there is lack of information about biomarkers suitable for the proper recognition of disease subtypes and management of specific groups of patients. The aim of this study was to confirm the difference of patient biomarker profiles in a group of 53 Slovak patients with different phenotypes in relation to AF (patients with AF vs. patients without AF; patients with AF vs. AF patients with associated cardiomyopathy vs. patients with cardiomyopathy) using statistical analysis (Student’s t-test, ANOVA analysis connected with post-hoc Tukey test). Our analyses confirmed statistically significant differences in the mean values of several biomarkers not only at the level of different phenotypes in relation to AF, but also at intersexual level. These results may help to specify a set of biomarkers related to specific subtypes of AF, and they may be the evidence of the need for an individual approach to AF patients.
Abstract 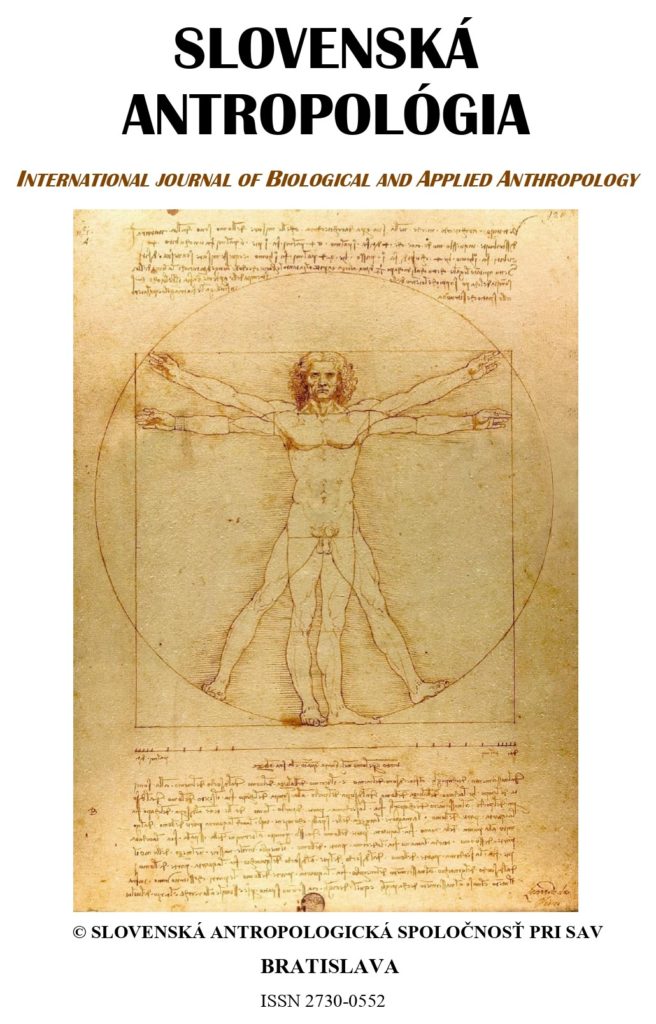